We’re proud to announce that we are partnering with Misnomer Dance Theater to stream their performance live from the Joyce Soho.

The performance and live stream will happen tonight (Friday) at 7:30pm. You can catch the action on the LiveStream channel or watch the embedded video below.

Please join us tonight for this very special event. We’ll be streaming this dance performance live on the web and feature a live webchat.

Last night, a group of bloggers, producers, artists, choreographers, and critics gathered to discuss a very important question – in a shifting world where the role of print media is shifting, what is the role of the critic (particularly in the world of dance)?

In the arts, press = $. If you get good press, you get more bookings (from presenters), more donations (from patrons and board members), and more people come see you. So the (basic) formula goes. So, Press is important. Duh. But press does not equal critics. And critics do not exist for the sole purpose of generating good press for art. Critics write to generate dialogue. Is this still the case? More importantly, will that be the case 2 years from now? Probably. It should.

But can bloggers actually fulfill the same role that the critics from the New York Times (and other reputable publications) have filled for the past X amount of years? And what were those roles to begin with?

You’re welcome to debate these questions in the comments. But for the purpose of this particular post, I’ll focus on the role of bloggers, and what I see as an evolution of publicity, audience development, and general discourse around art work. To grossly generalize and simplify things, I’ll break it down into 2 camps. Bloggers are bad, and bloggers are good.

In his book, The Cult of the Amateur, Andrew Keen takes the position that bloggers and “the crowd” are diluting our culture. In a NYTimes review of his book, Michiko Kukutani writes

“what the Web 2.0 revolution is really delivering is superficial observations of the world around us rather than deep analysis, shrill opinion rather than considered judgment.â€ In his view Web 2.0 is changing the cultural landscape and not for the better. By undermining mainstream media and intellectual property rights, he says, it is creating a world in which we will â€œlive to see the bulk of our music coming from amateur garage bands, our movies and television from glorified YouTubes, and our news made up of hyperactive celebrity gossip, served up as mere dressing for advertising.â€ This is what happens, he suggests, â€œwhen ignorance meets egoism meets bad taste meets mob rule.â€

Essentially, he takes the position that the wisdom of the crowds essentially creates a popularity contest. Google search results, he claims, are based on popularity and not relevance. On the other hand, Dan Gillmor has a more optimistic and positive view on the publishing revolution. In his book, We the Media, Gilmor writes:

The rise of the citizen-journalist will help us listen. The ability of anyone to make the news will give new voice to people who’ve felt voiceless â€” and whose words we need to hear. They are showing all of us â€” citizen, journalist, newsmaker â€” new ways of talking, of learning xxix

Many writers have lost their jobs as critics for reputable publications. If writers who have been laid were to publish on a blog, would their word be valued any less? If Elizabeth Zimmer published a critique or piece on her own blog, is her writing any less valid? I trust we live in a world where this is not the case. So why are we not seeing more writers who have been laid off blog on their own sites?

For those interested in Arts + Technology, I’ll be webcasting The A.W.A.R.D. Show from the Joyce Soho [via UStream] tonight @ 7pm EST, with Nic Petry on Camera.

You can watch right here, on UStream, or on the mothership site (Joyce Soho)

If you can’t make it tonight, you can also catch past performances of the A.W.A.R.D. Show on the UStream Archives. Also, make sure to tune in June 21st to see who will take home the $10k prize.

Here’s the information for the June 20th performance:

THE FINALISTS from each preliminary performance will be posted on The Joyce website each morning following the performance by 11am: www.joyce.org/about_specialevents_awardshow.html

THE WINNER of The A.W.A.R.D. Show! 2009: New York City will be announced directly following the final performance on Sunday, June 21.

END_OF_DOCUMENT_TOKEN_TO_BE_REPLACED

Why is “dance made for the web” an important topic?

Elizabeth Zimmer wrote in December 2008, “The past 20 years have seen the proliferation of cheap video equipment, and rare is the downtown stage not shared between dancers and video projections…some of these artists are as savvy as they are gifted, and they will figure out a way to cross over and enter the consciousness of a critical mass of viewers.”

As audiences for dance grow through the web and stage, so does the opportunity to create and share work.
Some it is completely choreographed, others are more improvisational.

I’ve compiled a few videos that give us a peek into the present + future (or death) of dance, art, technology, and the surrounding community dialogue on the web. Please feel free to add links to videos you’ve seen in the comments section.

Also – for a nice overview of videos focused on Ballet, take a look at Doug Fox’s post.

http://dancetech.ning.com/profiles/blogs/dance-tech-episode-1
I will be showing + starting at 12:13


Maybe we all dream to be………? from T.A.G.San Francisco on Vimeo
Dancers: Drew Jacoby and Rubi Pronk
Choreography/art direction: Brian Gibbs
Shot and edited: Mattew Taylor
The piece was shot on a rooftop in Williamsburg Brooklyn

Click the MORE link to see the rest of the videos…

END_OF_DOCUMENT_TOKEN_TO_BE_REPLACED

Actually, I’m quite impressed with the final product we put together for the Daniel Gwirtzman Dance Company. With the help of great media all around, we were able to piece together a photo gallery, a video gallery, a new subscription system, and even an SMS delivery system for his audiences.

It’s really been great working with Daniel and his company. They really did a phenomenal job in gathering their assets, organizing their content, and creating compelling videos. Congratulations, Daniel! It’s exciting to know I’ll be able to continue to help you communicate your wonderful work!

If you like this, take a look at my other work. While launching the site, I found this guide to be particularly useful:
http://codex.wordpress.org/Giving_WordPress_Its_Own_Directory

I initially setup this wordpress site in a subdirectory ( /wordpress ) so that I could develop things without affecting their active site. After the wordpress site was all setup, I needed to make the switch. The article above did the trick for me. 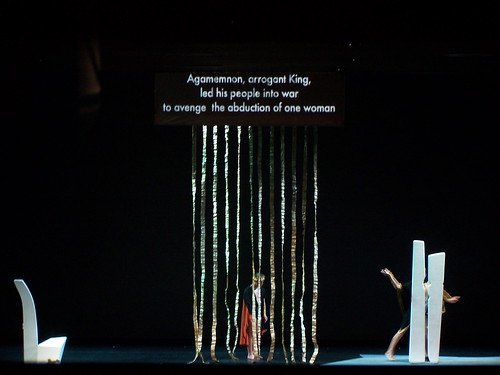 With the help of many, many people and some great teamwork, we officially launched this site for Jody Sperling : Time Lapse Dance

The original redesign was put together by Paris Marashi, while the site design and content management system was executed by Sam Marx

The site features a full content management system (run on Drupal), a full media player managed through brightcove, and some nice graphic work provided by her colleagues.

During the process, we spent great care taking a look at the works page.
We wanted to make sure we could feature individual photos, videos, and text – all in one area – so the content management system had to be flexible enough to handle all those elements.

During the process, we also setup a facebook page, a blip.tv page, as well as a pro flickr account. The goal of setting up all these sites were simply to allow Jody to extend her reach beyond her site, while still providing a homebase for her work, and image.

In addition to visiting the new site, make sure you check out Ghosts, premiering in October!

The internationally acclaimed Martha Graham Dance Company conducted a highly ambitious summer dance residency at Skidmore May 26â€“June 21. For starters, the Graham Company, recognized as the worldâ€™s oldest modern-dance troupe, used the residency to reconstruct sections of its founderâ€™s classic 1958 dance work, Clytemnestra, which will debut this October in Greece and at the Kennedy Center in December.

Working under the direction of Graham artistic director Janet Eilber and drawing on veteran dancersâ€™ memories and archival performance footage, the company reset the complex, three-act dance work on its current dancers.

Dance students participating in the residencyâ€™s three-week intensive workshop had the unusual opportunity of joining the professional dancers in two public performances, starting with an open rehearsal in the collegeâ€™s airy, bright dance studios. They also performed an early Graham group work, Panorama, in the companyâ€™s June 13 dance concert at the Saratoga Performing Arts Center. The SPAC performance, a headline event of the second annual SaratogaArtsFest, drew an enthusiastic audience and won whoops and ovations for the dancers.

The 37 student dancers also pioneered a dance-world firstâ€”a specially designed dance media workshop, in which student documentary teams captured highlights of the choreographic reconstruction process for use on the dance companyâ€™s new Web site, clytemnestraproject.com. As the students learned Graham technique, composition, and repertory, they also documented their own and the companyâ€™s work using video, photography, and blogs, working under the guidance of New York-based new-media consultant Jaki Levy and former Graham principal dancer Peter Sparling, a video and installation artist and maker of award-winning dance videos.

View Photos from the project

The video above is Lamentation by Martha Graham, shot at Saratoga Performing Arts Center during a live performance.
It was a 2 camera shoot, taped and edited entirely for the web.

NOTE : This is a ROUGH VERSION, not the final version.

This is intended as a preview.

I created this video in order to generate interest around The Clytemnestra Project. It features choreography from Panorama by Martha Graham. The students in the piece learned the choreography in 1 week!

I’ve been spending the first part of my Summer with the Martha Graham Dance Company. We’re on a residency at Skidmore. I’ve had the privilege of working with phenomenal dancers from the company, and am also working with a team of over 30 students to produce a group blog.

For an overview of the project, visit the site : http://clytemnestraproject.com/about-the-project/

The video below was shot and edited in one day, and features original choreography from all the students.

Dancing in the Fields from Jaki Levy on Vimeo.

You can take a look at the photos here

As part of Misnomer Dance’s residency at Skirball, I put together these two videos to help promote their show, Future Perfect.

The show sold out an 800 seat theater on the 2nd night.

For a full catalog of videos, visit this page.